Angela Merola’s mission is to empower interior designers to live their best lives – personally and professionally – through the implementation of creative business strategies.

Angela Merola knows creative people make exceptional entrepreneurs when they use their artistic vision to define their business processes. She founded Play Your Genius Out to give interior designers the tools, knowledge, and support they need to become more efficient, achieve their greatest creative potential, and thrive in business and life.

As a child, Angela discovered her genius while spinning wool into the very thread she used to weave fabric on the floor loom in her parents’ garage. Her power was more than a talent for textiles. It was the ability to let her imagination move through her to make something beautiful. She felt joy in creating just for herself. She also took delight in seeing that joy mirrored in the faces of people who witnessed her at work and saw her creations.

When it came time for college, Angela took her parents’ advice to choose a “serious” major, psychology, and a career in business. She loved business and flourished in Fortune 500 companies, managing large-budget projects in industries from entertainment to high-tech. Her analytical mind blossomed. Within the structure and discipline of the corporate world, Angela learned methods for keeping track of tremendous amounts of detail and being responsible for multiple simultaneous projects with firm deadlines.

She also excelled at bridging communications gaps between people at different levels, with different goals. Angela cultivated the skill of using diplomacy instead of people-pleasing to resolve conflict and balance different priorities, and she taught her colleagues how to do the same. Teams throughout her company brought her onto their projects to facilitate ideation for problem solving and new product development.

The common thread in Angela’s work was her natural ability to coach, which led to an invitation to play a role as internal corporate coach. But that didn’t make her heart sing. She became frustrated with helping corporate managers pull more from employees without regard to their true potential. Angela felt called to help people in a deeper way, and the artistic spark was missing in her own life. So, she asked for a sign.

The answer came in two serendipitous requests. First, she received an inquiry from someone who wanted a business mentor.  She enrolled in coach training toward her certification.  Around the same time, she was invited to speak to a group of interior designers. She found kindred souls in these clients who turn people’s dreams into spaces where they can live out their own genius. Coach, educator, and speaker are the threads she weaves now, helping designers take their businesses to new heights.

As a business coach, Angela collaborates closely with interior designers to help them tailor foundational business processes to their specific goals and achieve a thriving business. She reaches a larger audience of interior designers through educational courses. And she influences the industry through her popular talks at industry associations’ leadership conferences and for design organizations including Architectural Digest, ASID, NKBA, High Point Market, and IIDA.

Angela Merola partners with high-stakes creatives and rising stars to play their genius out. She is a portal to materializing the yearnings and practicalities needed to fulfill the internal demands of one’s creative soul and the external demands of one’s business. An accomplished Fortune 500 business executive and sought out speaker to creative entrepreneurs, Merola knows business and understands and honors the ways of gloriously complex creatives, giving them the ability to keep their creative fires burning and their business success blazing.

Learn from an expert that helps you achieve your greatest creative potential.  Course content explores key issues and solutions for all levels of designers.   Learn a breakdown of the issues and practical proven ideas to solve them.  Course content centers around essential topics not taught in design school like how to have difficult conversations, how to stregnthen the value of interior design services perceived by your clients and how to create business processes that meet your unique working style.

Discover unique solutions to becoming an exceptional entrepreneur.  Explore pathways toward higher profits.  Learn the art of delegation.  Develop your long and short-term vision.  Learn new skills that create clarity.  Develop practical skills so that you can channel your energy to meet your design business goals.  Create lead generation practices that meet your personal style.  Identify areas that make you more efficient.   Advance your most creative ideas and aspirations to live at your full creative potential. 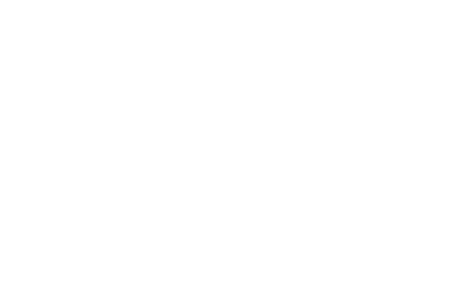 The foundation of all decisions.

There is enough for everyone.

What we do impacts us both.

A thought, practice and gesture.

To help all develop and grow.

Are everywhere, for everyone.

Start Your Path To Uplevel Your Business

We're not around right now. But you can send us an email and we'll get back to you, asap.